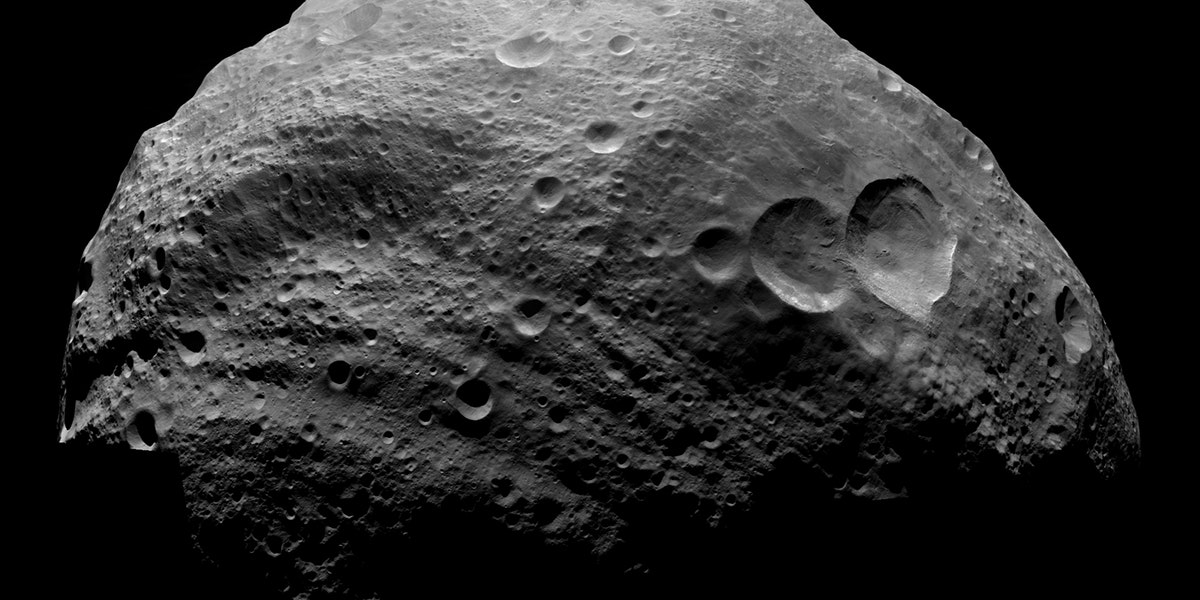 Just as our understanding of our universe continues to expand, so too does our MOVA Space line of products. As we’ve added celestial objects other than planets to our collection, we’ve received lots of questions about our Vesta MOVA Globe. So we went straight to the source to get you answers. We spoke to Dr. Marc D Rayman, Chief Engineer/Mission Director at NASA’s Jet Propulsion Laboratory who originally reached out to us and gave us the image we use on our Vesta MOVA Globe today. Read on to learn more about this fascinating asteroid, the Dawn mission, and what exactly all the colors on the Vesta image mean.

MOVA:   What is your relationship to Vesta?

Dr. Rayman: I am fortunate to work for NASA’s Jet Propulsion Laboratory (JPL), which conducts missions to explore the solar system as well as to study Earth and to look farther into space with telescopes. I have been a fan of NASA for my whole life.

My relationship to Vesta is that I live in the same solar system it does. I also was lucky enough to be the chief engineer and mission director for Dawn, humankind’s first space probe to orbit an object in the main asteroid belt. That object is Vesta. Dawn spent 14 months in orbit, from July 2011 to September 2012, exploring this fascinating world.

What exactly is Vesta?

Vesta is the second most massive resident of the main asteroid belt, that vast collection of bodies orbiting the Sun between Mars and Jupiter. It was discovered in 1807 and was, for a while, considered to be a planet. But as scientific knowledge of the solar system advanced, it became known only as an asteroid. Later, as we learned still more, it was recognized to be very, very different from typical asteroids. First of all, it is a giant, with an equatorial diameter of 350 miles! Although the main asteroid belt contains literally millions of objects, Vesta is so large that, all by itself, it contains about 8 percent, or one twelfth, of all the mass there.

We now know from Dawn’s exploration of Vesta that it is more like a mini-planet than like the typical chunks of rock called asteroids. Scientists have a great deal of evidence now that nearly 4.6 billion years ago, Vesta was forming by much the same process as Mercury, Venus, Earth and Mars. In brief, in the dawn of the solar system, the young Sun was surrounded by a swirling cloud of gas and dust. Sometimes some pieces of dust would collide and stick together. Then another would stick to that, and then another and another and so on. Eventually these bits grew large enough to be rocks, and still later those rocks gained still more pieces to become planets. But the gravity from massive Jupiter interrupted Vesta’s growth, depriving it of the opportunity to become a full-sized planet. As a result, it is now sometimes called a protoplanet, because it would have formed a planet had it had the chance. It is an ancient remnant from the time that planets formed.

Dawn has shown us that it has a dense core of iron and nickel, surrounded by a mantle, which is surrounded by a crust. So it resembles a small planet. It is a unique alien world!

How did you come to work with MOVA on a Vesta MOVA Globe?

As a space enthusiast I have long been impressed with MOVA Globes. I think they are very, very clever and attractive. I went to a store that carries some of the MOVA Planets, which I greatly admired. I mentioned to the store manager that it would be neat if there were a MOVA Globe of Vesta, and she gave me the name and address for her contact at MOVA International. I emailed MOVA International and suggested that the world Dawn had just introduced to Earth might make a good addition to the MOVA Planet Collection. MOVA International agreed, and we worked together to develop it. 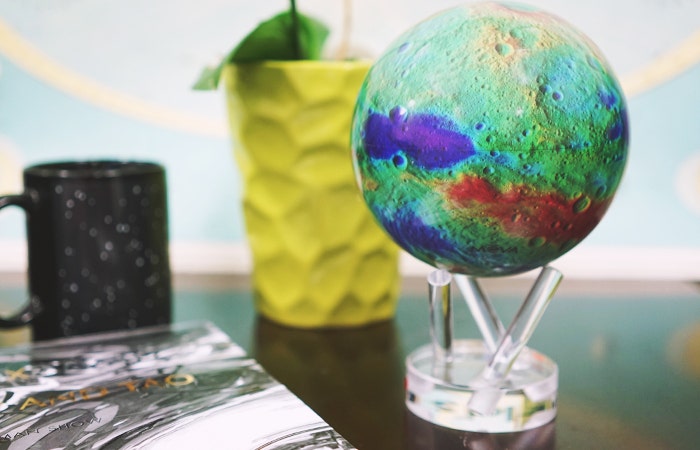 What does the design of the Vesta MOVA Globe represent?

Dawn took 31,000 pictures of Vesta’s surface while it was in orbit. Some were taken looking straight down from orbit and others were taken at different angles. So in effect, we got stereo imagery, allowing us to get a true three-dimensional view. With those pictures, we were able to make topographical maps. The colors on the MOVA Globe show the elevation of the surface.

Vesta is a world of deep craters, steep slopes, and towering mountains. In fact, it has the second tallest mountain known in the solar system. Near the South Pole, it soars to more than twice the height of Mt. Everest, and it is in a crater 300 miles in diameter! Vesta does not have a sea level, of course, but we pick a standard reference. Then the colors show the elevation of the surface above or below that, as shown in the color scale.

In other words, the Vesta MOVA globe represents the surface of an exotic, alien world that NASA unveiled with the remarkable Dawn mission!

Can people see Vesta in the night sky?

Yes, in fact Vesta is the only object in the main asteroid belt bright enough to see from Earth. You would have to check with an astronomy website to find when it is visible. [Check out Astronomy Magazine to see a weekly update of what’s visible in the night sky].

Why is it important for people to know about Vesta?

Dawn’s exploration of Vesta is an example of the kind of ambitious, exciting interplanetary adventures that NASA conducts. I think anyone who ever looks to the night sky in wonder can feel a part of the mission to explore it. And it is a wonderful example of how our knowledge of the solar system advances. For two centuries, Vesta was little more than a smudge of light against the stars, and now we can see it in exquisite detail. This is the power of human creativity and ingenuity!

If anyone is interested in learning more about Vesta, or the extraordinary extraterrestrial expedition NASA undertook to explore it, I invite them to visit our website. I write a monthly feature there called the Dawn Journal that takes readers along on this exciting journey, giving them the inside view of a real interplanetary mission, from building the spacecraft to launching it to flying it, including the thrills, the challenges, the great rewards, the disappointments, the fun, and the inspiration. Now, Dawn is orbiting its second destination, the dwarf planet Ceres. This was the first dwarf planet ever discovered, more than 129 years before Pluto.

We hope this interview with Dr. Rayman gives you a new appreciation for the colorful Vesta and inspires you to research more about the spectacular asteroid and the Dawn Mission. Check out the very cool interactive Vesta map to learn more. Head over to our Facebook page and tell us what you think about the information you’ve learned and give us a holler the next time you see Vesta in the night sky.